Posted at 15:00h in Adults, Readers' Advisory by Maureen
Share

In 1990, George H.W. Bush signed a joint resolution designating November as National Native American Heritage Month. This month is an opportunity to highlight the diverse cultures of people who identify as American Indian or Alaskan Native, and their many contributions to society. The United States has over 5.2 million Native Americans from 574 federally recognized tribes, making up 1.7% of the country’s total population. These tribes each have their own language, dress, food, and traditions that have been handed down through the generations. Unfortunately, some tribes have lost parts of their culture, like their language and ceremonies, due to assimilation. To combat this, tribal members have reconnected with their communities and involved younger generations in reclaiming their traditions.

Hoopla has curated some collections just for National Native American Heritage Month. Hoopla is an online resource available for library patrons, as a downloadable app for your smartphone, or by using a web browser. Library patrons can sign up for an account for free using their library card number. This allows patrons to borrow up to 10 eBooks, Audiobooks, movies, television shows, and graphic novels per month. If you’re interested in eBooks, the Native American Heritage Month collection has a great selection of authors like Deborah A. Miranda, Thomas King, and Christine Day. For Audiobook fans, the Native American Stories & Experiences collection has selections from Joy Harjo, Margaret Verble, Malcolm Brooks, and more.

For those who prefer a print book, our library has several fantastic options, including those below. 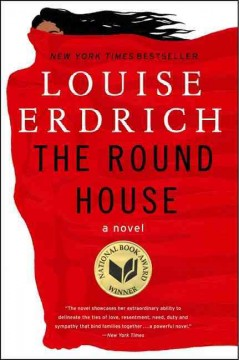 Louise Erdrich, The Round House (2012)
Joe is a young Objibwe boy whose life changes completely when his mother is attacked. Due to her traumatic experiences, Joe’s mother is slow to give details about the attack, and withdraws from the family. The story that follows centers around finding the perpetrator of the crime and finding healing in the aftermath. An exploration of identity, justice, and violence, this novel tackles many current issues Native Americans deal with today. 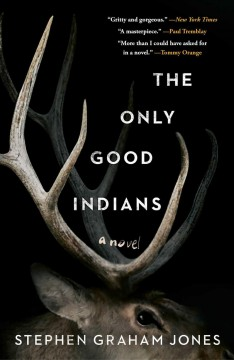 Stephen Graham Jones, The Only Good Indians (2020)
In The Only Good Indians, four men from the Blackfeet Nation must confront their past in order to save themselves and their loved ones. An entity seeks revenge for what the men, who are childhood friends, did during an elk hunt ten years prior. This horror novel focuses on themes of breaking tradition, cultural identity, and survival. 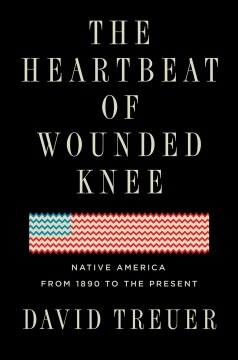 David Treuer, The Heartbeat of Wounded Knee (2019)
While many believe that Native American culture and history died off after 1890 and the massacre at Wounded Knee, David Treuer combats that narrative in The Heartbeat of Wounded Knee. Treuer is a member of the Ojibwe nation as well as an anthropologist, and has extensively researched Native life for his writings. A mixture of memoir and reportage, the book focuses on how Native Americans have fought past oppression and found ways to survive and reclaim their culture since Wounded Knee.