On August 26, 1920 women finally won a 72-year campaign that began in Seneca Falls, NY! The Women Suffrage Amendment was ratified, giving women full voting rights. In 1971 Representative Bella Abzug was able to get a resolution passed that designated August 26 as Women’s Equality Day to commemorate the passage of the 19th Amendment to the US Constitution.

Come and celebrate the Passage of the Susan B. Anthony 19th Amendment with us on Tuesday, August 26 from 7:30-8 with a presentation including a brief appearance by Susan B. Anthony, a 20 minute video and a Suffrage Scavenger Hunt. 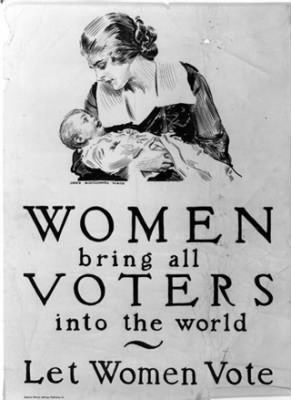